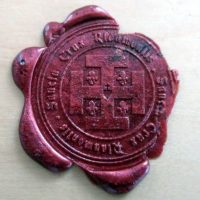 “a religious life in the spirit of scouting with the service of the young people.” Thus the Sevin Father defined it his vision of a religious command founded on Scouting.
The idea which will lead to the starting of the Holy-Cross of Riaumont was born from a dream if one can say, ” its desire and thunderbolt ” of a monk for scouting splendid ” to baptize it ” and to raise it until a ” command ” :
” I dream of the team of missionnaires scouts who under the dress or the tunic kaki would be inserted in the African bush… to make with the tribes as with the little boys of France the sumptuous gift of an always young scouting, alive herald of the Gospel,
really yours, my dear sons, and really them ” However the fast death of the Sevin Father, of the questions of men and situation brought a long search which the Revet Father could make lead with the assistance of Mgr. Jean Rupp.
The first volunteers scouts had met around him and workedalready with the service of the youth most disadvantaged, according to the wishe of the Sevin Father. But the crisis
shaking the Church andthe very whole company, as well as the new orientations of French scouting, made them feel in a very sharp way the imperative need for ahelp and a formation given by a religious community.
“It seems obvious to me”, wrote then the Father Revet, “that one cannot think of carrying out a command or a institute without putting itself at the school of an existing spirituality or a command…” holy Jean Bosco took for marten saint François de Sales, holy Ignace himself was after its conversion in the Benedictines of Montserrat.
The first members of the Holy Cross decided to become oblats of the abbey of Fontgombault. The father-abbot accepted the load of spiritual assistant of the new institute, tries that it delegated to Dom Duverne : study of the vocations, training of the beginners and studies ecclesiastical.
November 1, 1971, in the festival of all the saints, the Revet Father devoted himself completely to God by pronouncing his three wishes . He received the
scapular, so expensive with Benoît saint and the white coat of Bernard saint struck of the cross scoute potencée.

Attached to the traditional rules of the religious life, the Holy Cross of Riaumont is thus presented in the form of an apostolic company of life.
According to its statutes approved in 1971 by Dom Jean Roy (father-abbot of Fontgombault) and Mgr Rupp (bishop of Monacoand first general prior) and set up canonically by Saint-Siège and the bishop of Arras in 1991 :
The Holy Cross has as a general end : 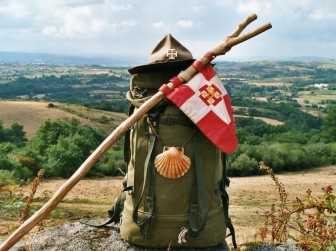 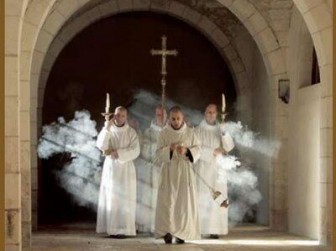 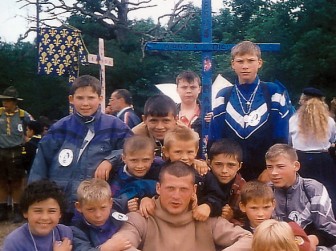